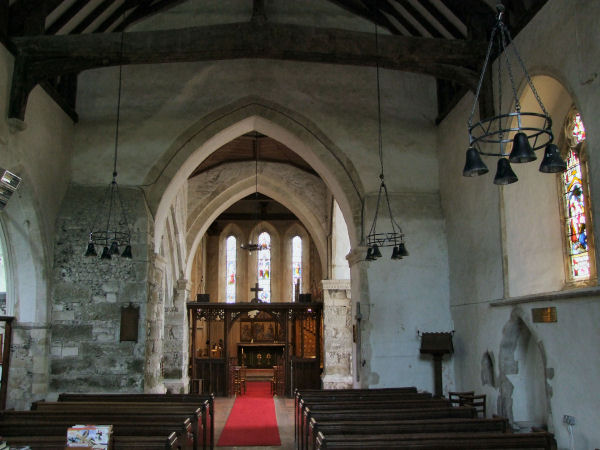 A stately cruciform church that enjoyed wealthy patronage throughout the medieval period. In this case the monks of Christ Church Canterbury held the advowson. Much rebuilding took place under their influence in the thirteenth century, typified by the run of lancet windows in the chancel. The outside walls show very definite evidence of `building lifts`, especially notable in the south transept. Inside are two wooden screens and a rare Reredos bought here from Canterbury Cathedral.