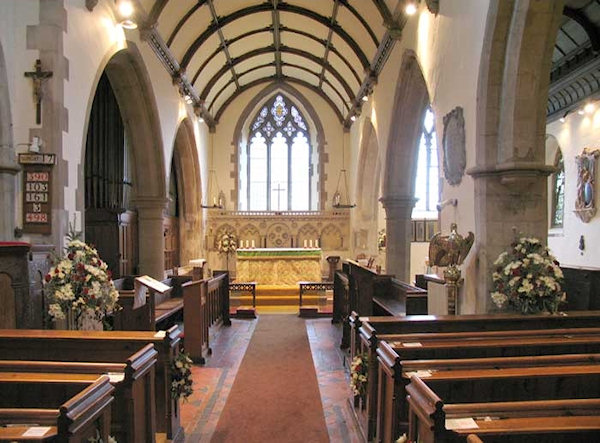 A wonderful Norman tower shows the typical think-set proportions of the period. It is set off well by a good rood loft staircase at the south junction of nave and chancel. Good twelfth-century west door and Norman arch from tower to nave. The chancel was later extended north and south by the addition of the chapels, with the original quoins being clearly visible on the outside of the east wall. The church was heavily restored in the nineteenth century - but its two outstanding features survive. One, a fifteenth-century wall painting of St Christopher opposite the south door, is typically found in churches on main routes of travel. The other feature, a monument to Robert Plot (d. 1671), father of the well-known seventeenth-century historian, is the finest memorial of its date in Kent and shows St Michael slaying the Devil.