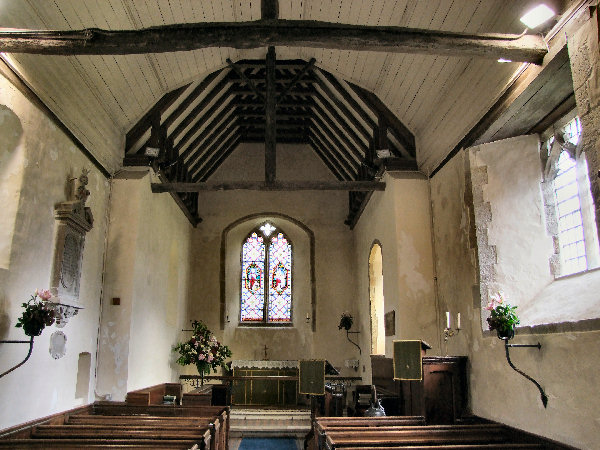 A sweet little church set in a well-kept churchyard which occupies part of an early bank and ditch fortification. It consists of a two-cell building, quite possibly of Saxon date, as the quoins are not of dressed Norman stonework. The surviving windows in the north and west walls are Norman in appearance and there is a rather nice blocked circular window (oculus) visible on the outside of the west wall. The interior is simple and unassuming with few memorials - a good ledger slab in the floor of the chancel commemorates Mary Ockman, whilst a simple marble tablet records the death of 25-year-old Charley Fox on HMS Vanguard in June 1917. The great historical treasure of the church is the fourteenth-century bell now displayed on a stand. It is tall and narrow, but carries no inscription. It broke in two in 1939 and was replaced by the bell now to be seen in the tiny bellcote at the west end.