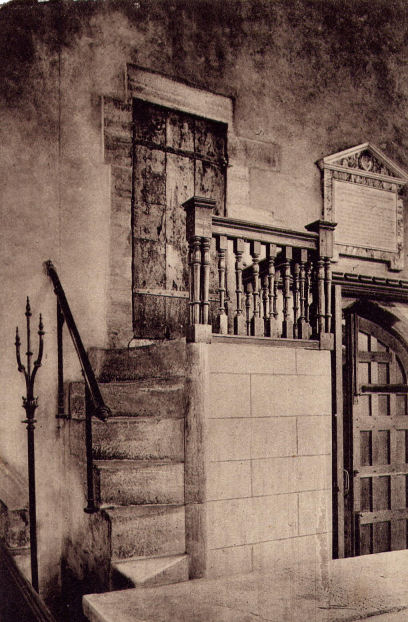 This church grew from a small Saxo-Norman structure in the fourteenth century, using profits from the English cloth-making industry which was based in the town. It is a large church with several unique features, the most important of which is a font for full adult immersion. This was built under a small stone staircase that leads to a room over the south porch. In reality it was like an upright coffin, constructed in 1710 by the then parson, John Johnson, but it seems only to have been used on one occasion. There are very few of these features to be found in England. A table at the back of the church is made from the upturned sounding board of the eighteenth-century pulpit. The very fine carved Royal Arms of George II were given in 1756. In the north aisle is a collection of sixteenth-century stained glass depicting coats of arms of the Guilford family, and some nice windows by Kempe.