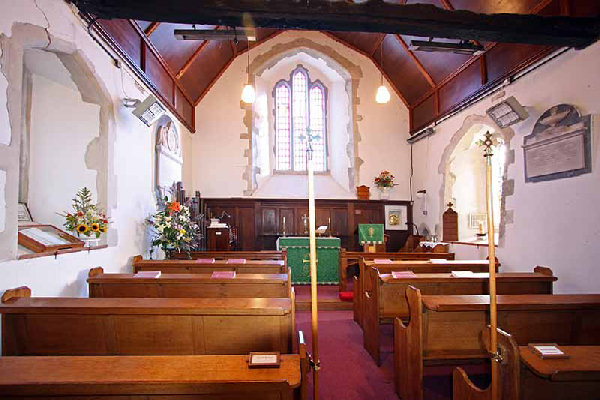 Hidden from the road and accessible only by footpath, this 13th century gem is a remarkable survivor. It is the chancel of the medieval church of Seasalter, the rest of which was demolished when the new church of St Alphege was built in what is now Whitstable. The west wall of flint is in contrast to the rubble construction of the medieval work and its lancet windows. Inside, all is squashed together but they even managed to get a proper organ in! High in the west wall is a lovely window by Lawrence Lee depicting St Alphege whose body rested in the previous church which stood out where the River Swale washes the shore today. This old church is still used and well loved by its congregation who now also have a brand new (2007) church a few hundred yards away for there regular services.