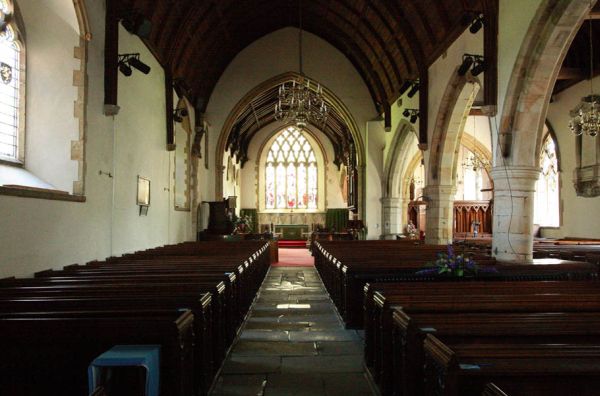 The south doorway is the feature most visitors seek out - the ironwork on it dates from about 1050 and is of Danish influence, showing the story of the Norse Day of Judgement. It is difficult to make out all the features that the design represents, but with perseverance a shoal of fish, a single large flying fish and an eel may be identified. There is a theory that it was made for somewhere more important than Staplehurst and that it found its way here at a later date. After the door the rest of the church is rather tame, consisting of nave, chancel, south aisle and chapel. To the north of the chancel stood an anchorite's cell - the small window that led to it may still be seen and the foundations are visible outside. The glass in the north window (1952) is by Owen Jennings. Under the tower is a series of colourful Tudor panels, four of which have shears carved on them, reminding us that Staplehurst was one of the centres of Kent's medieval wool trade, whose profits helped rebuild this church.