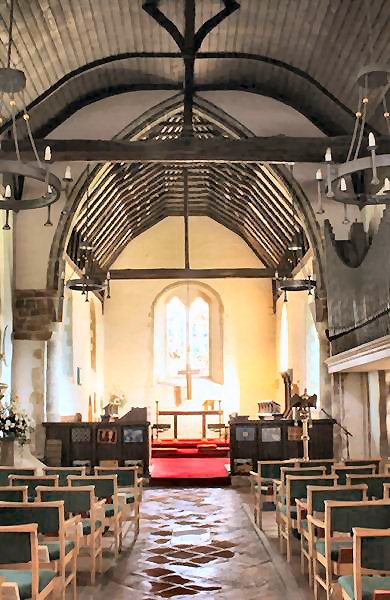 A church that is often overlooked by visitors who are drawn to nearby Canterbury. As a possession of St Augustine's Abbey in the Middle Ages, it is easy to see the amount of money lavished on this church over the centuries. This is nowhere more apparent than in the fourteenth-century work when the aisles were added to a twelfth-century nave. The extremities of the building - tower and chancel - are both still Norman and show ample architectural evidence in the form of round-headed windows. The chancel has an aumbry and early thirteenth-century piscina. There are few old monuments because of a severe nineteenth-century restoration, but there is a small fifteenth-century inscription near the font. The porch is an exceptional sixteenth-century timber-framed structure with later brick infilling.