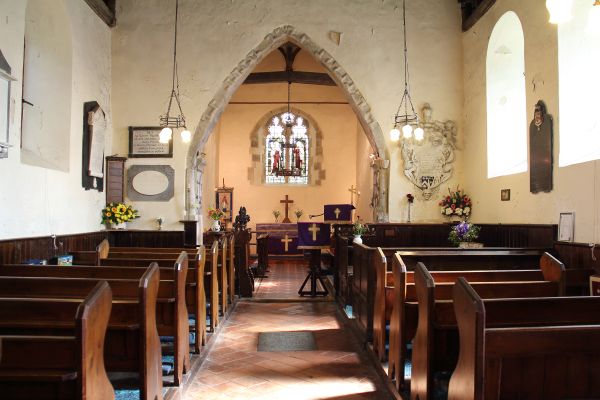 An atmospheric church hidden away in the undergrowth of the `big house`. The large round headed windows are seventeenth century, and are filled with dark nineteenth century glass. The extraordinary chancel arch dates from the thirteenth century, but incorporates earlier deeply cut mouldings, assembled to create a unique and atmospheric piece. The manorial pew, complete with table dated 1758 and tiny eighteenth century schoolchildren's chairs, stands on the south side. The chancel was `very well restored` in the nineteenth century, and it is the character of that period that prevails at the east end.