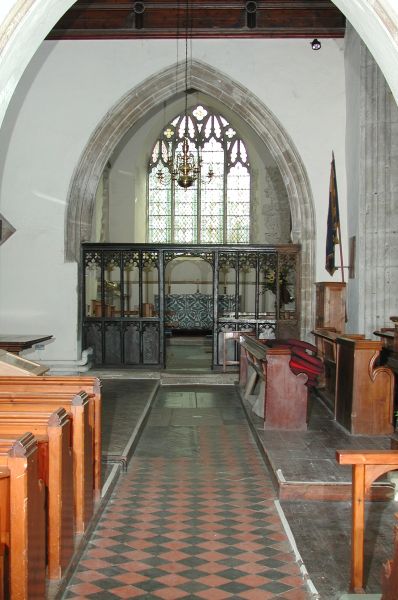 A large and impressive church of mainly thirteenth century date over restored in 1847 by the irrepressible William Butterfield. The scale of the interior is amazing - particularly in the tower crossing arches which support the enormous spire. They are an obvious insertion into an earlier structure. The best furnishing at Ash is the eighteenth century font which stands on an inscribed base. For the visitor interested in memorials, Ash ahs more than most ranging from the fourteenth century effigy of a knight to two excellent alabaster memorials to Sir Thomas Harfleet (d 1612) and Christopher Toldervy (d 1618). Mrs Toldervy appears twice in the church for she accompanies her husband on his memorial and may also be seen as a `weeper` on her parents` memorial! On that she is one of two survivors of what was once a group of seven daughters - all her weeping brothers have long since disappeared.