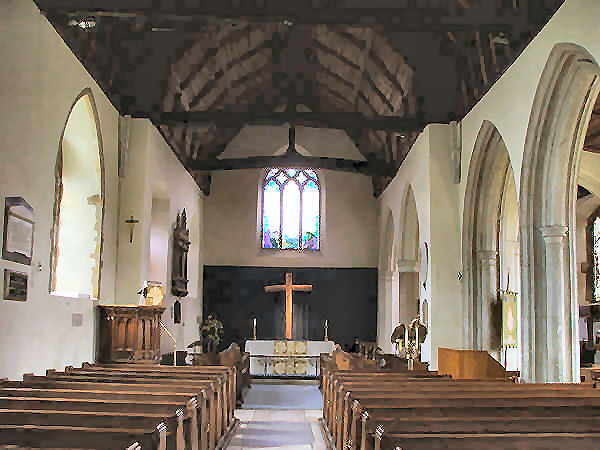 Dedicated to a former Archbishop of Canterbury, St Dunstan's stands outside the city walls. There is structural evidence of the Norman period, but most of the church is fourteenth century. The west tower dates from this time and is very oddly proportioned - about twice the height that its width can really cope with. The south chapel is constructed of brick and was completed in the early sixteenth century. It contains monuments to the More family and is the burial place of St. Thomas More's head, - brought here by his daughter after his execution. The family home stood opposite the church where its brick gateway may still be seen. There are two twentieth-century windows of note in the chapel, by Lawrence Lee and John Hayward.