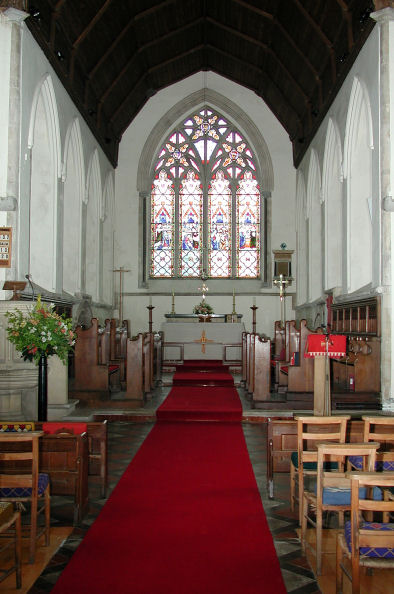 There are few churches in Kent that display transepts without a central tower. When in the fifteenth century a tower was built it was added to the west end of the existing nave. Two excellent hagioscopes are cut through either side of the chancel arch, whilst the south transept contains some eighteenth-century monuments by the celebrated sculptor Michael Rysbrack. The most famous memorial at Chartham is the brass to Sir Robert de Septvans (d. 1306), one of the oldest and largest memorial brasses in the country, showing the cross-legged knight with flowing locks. The chancel windows show excellent medieval tracery which has preserved much of its late thirteenth-century glass