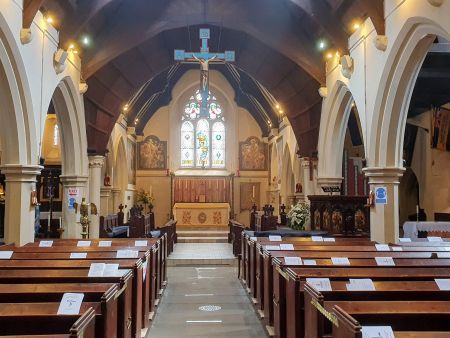 A church in the Anglo catholic tradition, and one which is beautifully cared for and in which art of the twenty-first century blends well with that of the mid nineteenth century when the church was built. Designed by Ambrose Poynter, the chancel was completed in the 1860s after which the church was filled with stained glass, much of it by Alexander Gibbs. He also designed a scheme of mural tile work some of which still survives in the sanctuary. Modern work is focussed on the soulful statue of Our Lady and the Christ Child designed by Peter Eugene Ball and an icon near the font.