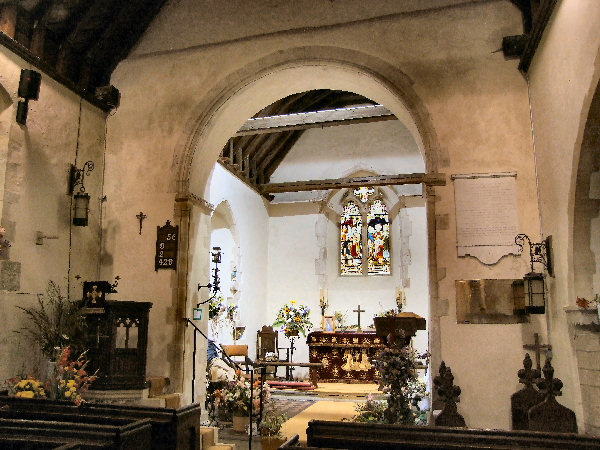 Standing high over its picturesque village, St Augustine’s is a little-visited gem. In origin a Norman church with original north doorway, it was rescued from neglect in the late nineteenth century. Inside the chancel is much higher than the nave and contains good stained glass by Powell. The narrow south aisle houses the odd font – octagonal with wild carvings set on a crude Victorian base that looks as though it was made for somewhere else and brought here as an afterthought. In a case is a rare medieval cope, delightfully embroidered with the Annunciation, and use as the basis for one of the altar frontals. A large Royal Arms, fragments of medieval glass and what is probably the best hourglass stand in Kent, make this a church to remember.