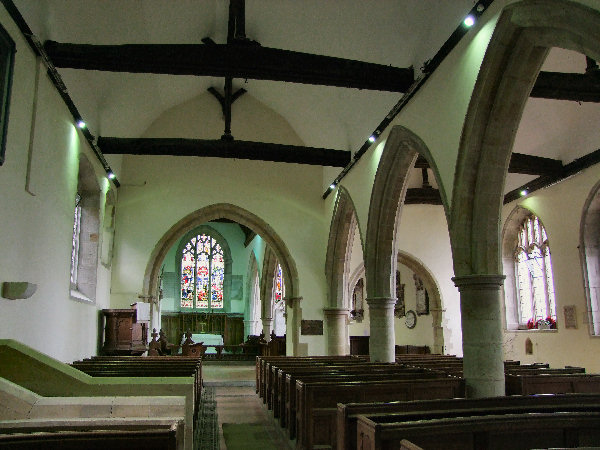 The medieval church was superseded by a new church in the village in 1842, but remains in good repair being maintained today by The Churches Conservation Trust. In many ways it is the typical Kentish church, showing work of many different periods and many monuments to remind us of former inhabitants. As in some other local churches the north aisle is the primary one, even though the church is entered from the south. The restoration by diocesan architect Joseph Clarke in 1857 was rather heavy-handed and provided a veritable sea of oak pews. In contrast the south chapel, which belonged to the Twysden family of Roydon Hall, has a nice unrestored atmosphere, as does the south porch which shows an abundance of medieval (and later) graffiti. At the lychgate is the famous stable used by nineteenth-century congregations.