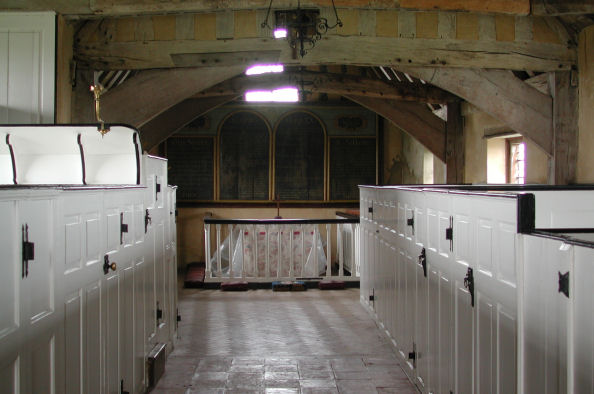 The most memorable of churches, it stands completely isolated, with neither a tombstone nor a tree to keep it company. It was reconstructed in 1912 which detracts somewhat from its antiquarian interest, but this interferes very little with the visual appearance of the interior which is vaguely reminiscent of a farmhouse kitchen! The walls are of bare woodwork and the little square windows allow plenty of light to bathe the white painted box pews and matching three-decker pulpit. The low beam which runs in place of a chancel arch adds much character to the building. As a whole the church probably dates from the medieval period, but it would be impossible to put a date to it in view of the rebuildings.