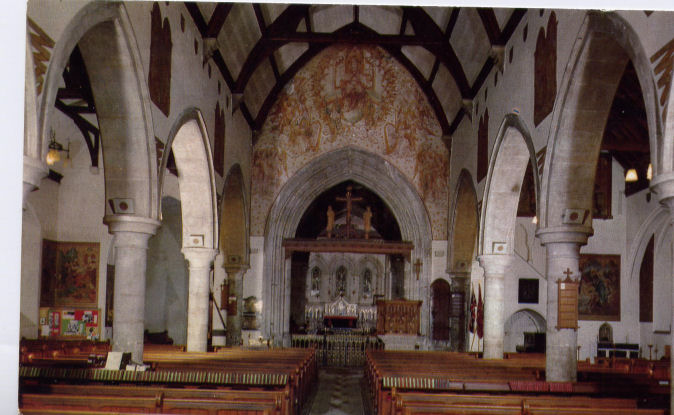 A superb location in a leafy churchyard away from the busy shopping centre, and yet much more of a town church than that of a seaside resort. It was originally a thirteenth-century building, but so much has happened to it that today we are left with the impression of a Victorian interior. Excellent stained glass by Kempe, mosaics by Carpenter and paintings by Hemming show the enthusiasm of Canon Woodward, vicar from 1851 to 1898. His efforts encouraged others to donate money to beautify the building in an almost continuous restoration that lasted right into the twentieth century They were spurred on by the discovery, in 1885, of the bones of St Eanswythe, in a lead casket which had been set into the sanctuary wall. She had founded a convent in the town in the seventh century and died at the age of twenty-six.