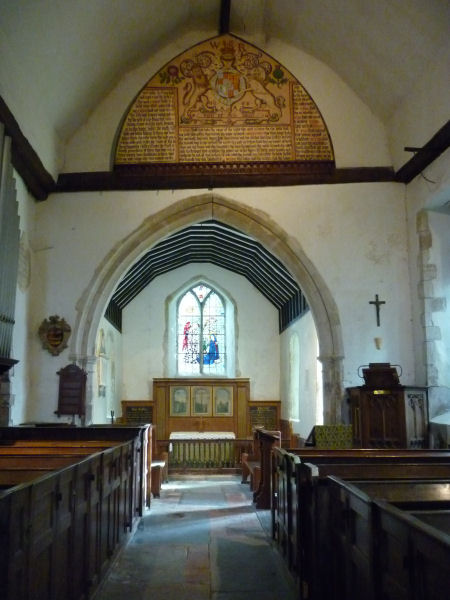 Familiar as one of the locations in the cult film `A Canterbury Tale` it stands in the heart of the smallest town in England. A Norman church with later additions it contains much of interest. Most notable is the carved stone which reputedly formed part of St Augustine's tomb in nearby Canterbury. Probably of tenth century date it was brought here by the Victorians. There is a fine assemblage of glass - much of it medieval, although the east window is a fine example of the work of Martin Travers. At the west end is a series of shelves for doling out bread to the poor. The box pews are eighteenth century and the floor pleasantly uneven. Keyholder nearby West Tower, nave, chancel, north aisle and chapel, south porch