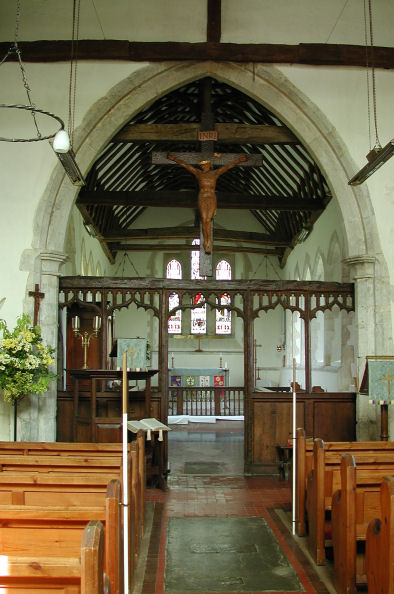 At the end of narrow lanes. A small simple building of tower, nave, chancel and wide south aisle. The nave is Norman and displays a very narrow twelfth-century window high in its north wall. The rest of the church appears to be thirteenth century - the two-bay south arcade unmistakably dating from this period. There are also faint traces of later wall paintings in the aisle. The rood screen is fifteenth century and leads the visitor into an exceptionally long and light chancel whose floor level is, rather unusually, lower than that of the nave. A south window contains sixteenth-century armorial glass whilst a northern lancet shows excellent grisaille glass of the thirteenth century.