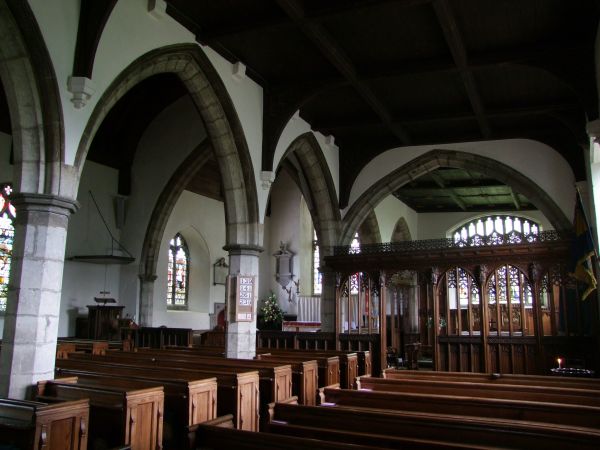 A church of the Perpendicular period whose size reflects the medieval wealth brought here by the cloth trade. The base of the rood screen is early sixteenth century, and some fragments of glass of the same date survive in the tracery of a north window. The pulpit is a curious piece knocked up from pieces of old woodwork. Yet for woodwork the outstanding feature of Headcorn is the roof, which is accepted as one of the most accomplished mid-fourteenth-century structures in the country. Also of good quality are the Royal Arms of George III painted by J. Adams in 1808. There is a large south porch of the fifteenth century with an upper room which has a small window into the church - a sure sign that this was a priest's parvise, and not just storage space.