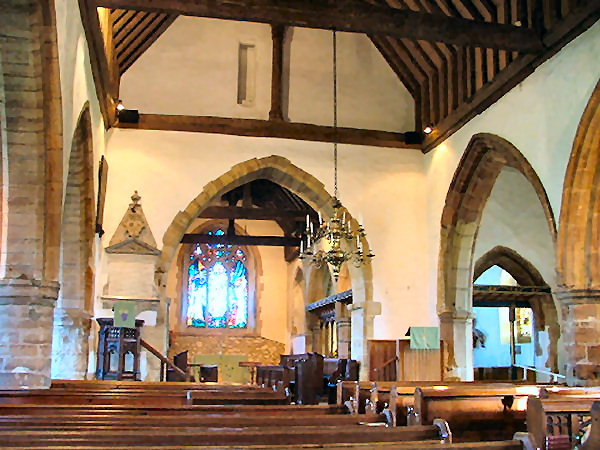 A picturesque church, especially when viewed from the south, with a little weatherboarded top to its short tower. There was a fire here in 1554, which did great damage to the thirteenth-century building. The south arcade has some finely carved capitals of fourteenth-century date, and there is a contemporary tomb recess in the south chapel. The pretty font cover of the seventeenth century has some of the best Jacobean carving in this part of Kent. The rood loft stairway may be seen in the south-eastern pier. The east window, which depicts the Vision of St John, was designed in 1962 by Patrick Reyntiens. It is one of the finest modern windows in Kent and may be compared to the roughly contemporary glass at Tudeley by Chagall. In spite of its unashamedly modern approach the work here is far more conventional and appropriate for its setting.