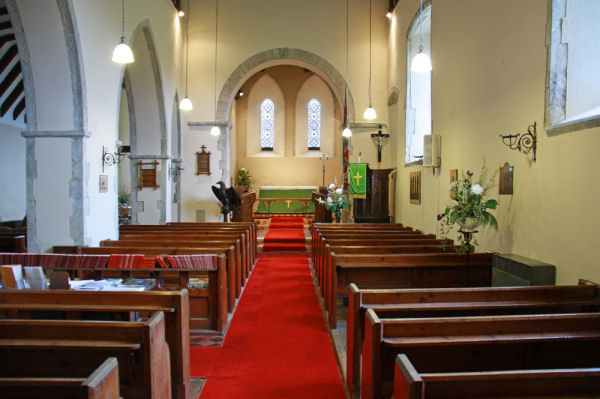 Too close to the Channel Tunnel terminal for comfort, this picturesque church dates from the twelfth century, and displays a good plain chancel arch. The north aisle is an addition of the thirteenth or fourteenth century and from the outside its cat-slide roof and the eccentric cupola on the tower are an artist's delight. Inside there are several curiosities - a series of three aumbries behind the high altar, a sixteenth-century pulpit made from parts of the former rood screen and a hagioscope from north chapel to chancel. The underfloor heating, one of the few medieval heating systems to survive in England, is similar to the Roman hypocaust systems, although it is no longer in use. On the south wall of the nave are a set of medieval brasses removed from the floor and a good collection of marble tablets to the Brockman and Drake-Brockman families, including one signed by John Bacon the younger in 1799.