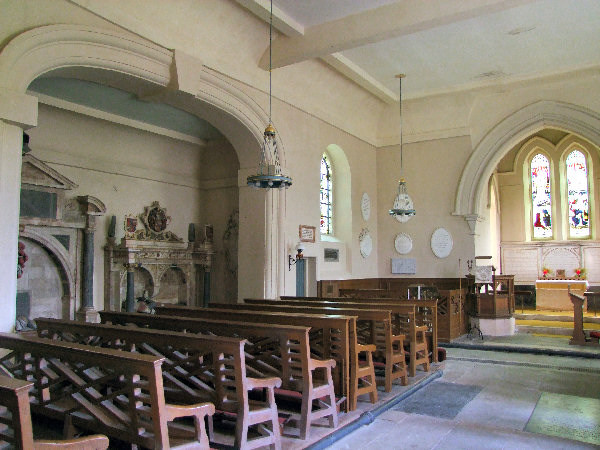 How does one describe a unique building? This church, now owned by a charity, is the most rewarding 18th century structure in Kent many times over. Built by an 18th century benefactor on medieval foundations it is still furnished with its original Chinese Chippendale benches and Box Pews. Monuments from the former church were saved and include medieval brasses and figurative sculpture probably by Epiphanius Evesham (see Lynsted). All this deserves detailed study. Later work includes a short Victorian chancel and 20th century stained glass, the most important of which is surely the NW window by Wilhelmina Geddes, depicting the Prodigal Son. Its colours and form predate Chagall by two generations. The more recent SW window of 60 years later is a poor match in comparison. Location, within the park of the big house, is truly satisfying and if you can only make arrangements to see the inside of one Kent church you should make it this one.