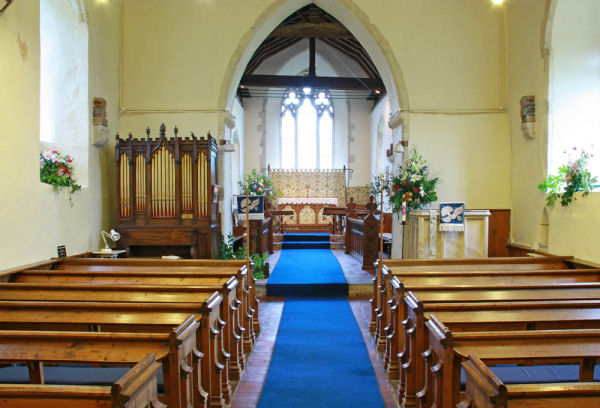 An unknown gem that deserves more visitors, this is set in a tiny valley high above the M20 on the slopes of the Downs. At first sight a simple church of nave, chancel and west tower, but inside there are a wealth of treasures. The Rood beam has been cut off and still sticks out of the wall north and south. Close inspection shows that it is still carrying its original bright medieval paint. In the chancel is another cut off beam. This would have carried the Lenten veil which shielded our eyes from the altar in medieval times (see also Challock). There are several layers of wall paintings, some recently uncovered. They date from the thirteenth to seventeenth centuries and are extremely high quality. However the most important feature is the small carved plaque on the north wall of the chancel. This is a rare dedication stone, probably of thirteenth century date, but whilst it gives us lots of information the one thing it doesn’t tell us is the year! Such is the frustration of the historian.