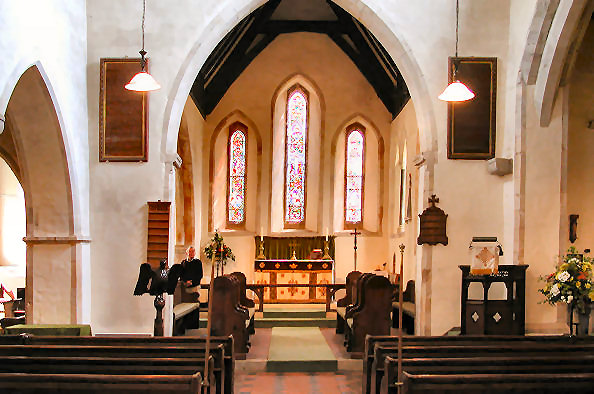 The church stands in a delightful setting on a small rise opposite the 'big house' with its two large lakes. The path leads up to the north door from which we can see that the church was much altered in the nineteenth century, the most notable features of that period being the dormer windows. Inside they are rather strange and when viewed from the west end resemble a flight of Concordes! When they were added the windows in the two aisles were blocked, which makes the church decidedly dark. In the nave is the most unusual feature - Dr Bray's parochial library, one of eighty or so bookcases given to poor churches by the founder of the SPCK. It has iron handles on either side, but the heavy leather books it originally contained would not have made transportation easy!