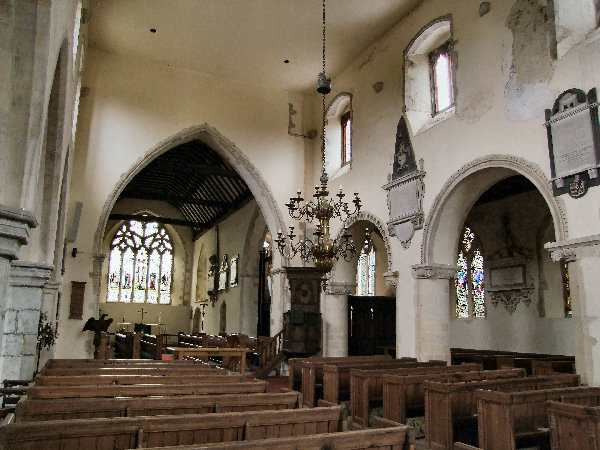 An altogether impressive church with tall SW tower. Above the porch is a room reached by a lovely wooden ladder, whilst over the door is a large Royal Arms. The nave has some most unusual Norman carving, and has obviously been much altered. There are some nice little green-men type carvings on the capitals. The seventeenth century pulpit is unusual in that it is attached to the wall and prominently dated. The north – Bridges – chapel contains many monuments to that family including a chest tomb that appears to be a 20th century rebuild. It is separated from the north aisle by a 14th century screen. Two hatchments hang high on the chapel west wall.