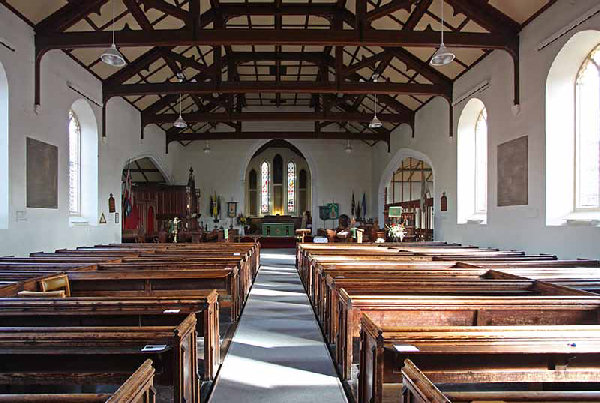 Set back from the High Street this rather plain 1840s church offers more than one expects. The west, or show, front is of squared ragstone blocks, typical of the period, but a peep around the corner will show that the church is actually built of stock brick. Constructed to replace the small medieval church at Seasalter, it was to hold hundreds and hundreds it took until in the 1860s a west gallery was erected to increase the seating accommodation and to take a bold organ (now in the north transept). The minimal chancel still has its original Decalogue and Lord’s Prayer on display, whilst above it three late nineteenth century paintings include a vision of St Alphege whose body passed through here on its way to reburial in Canterbury Cathedral. Unusually, although this church never charged pew rent, the bench ends are numbered so that each parishioner had an allotted seat. The base of the font from Seasalter is now to be found in the south transept.