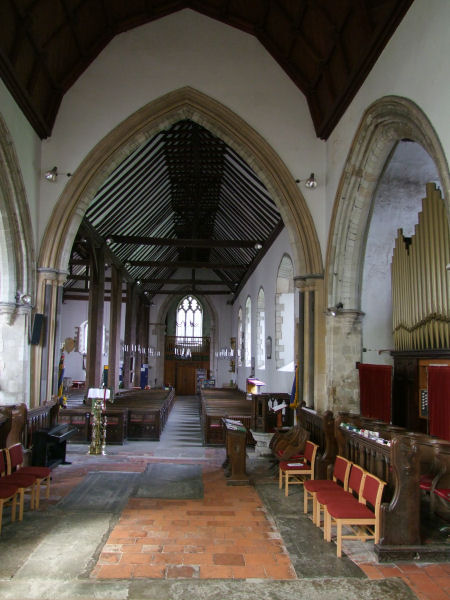 An enormous church, picturesquely set at an angle of the village street. It owes its size to the fact that it supported a college of priests in the Middle Ages. During the sixteenth century it was substantially rebuilt, but the north aisle was not replaced, reducing the church to the odd shape we see today. The unusual pillars which divide the nave from the south aisle are of timber, not stone as a result of lack of money. At the end of the south aisle is the Oxenden chapel, which contains that family's excellent bull's head monument. The contemporary metalwork screens and black and white pavements add great dignity to this part of the building. By going through a curved passage from the chapel you can emerge in the chancel, which is dominated by a stone reredos of fifteenth-century date. This French construction was a gift to the church in the 1930s and while it is not good quality carving, is an unusual find in a Kent church.