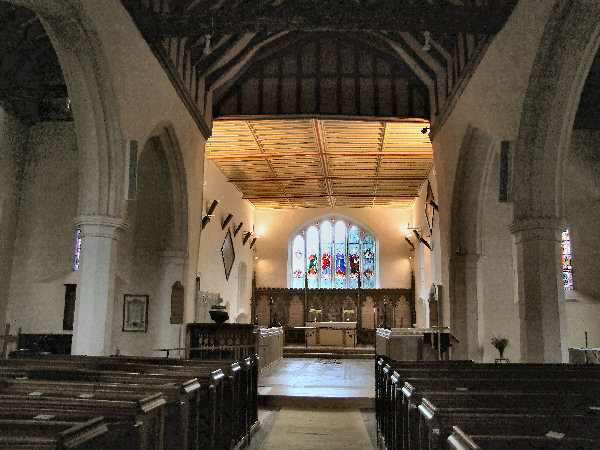 Dominating the centre of this tiny village, Birling tower is a thinned down version of the familiar `beacon turret` so commonly found in Kent. Thinned down because there wasn't room for a properly proportioned structure, so close is it built to the end of the escarpment on which the church stands. The church is famed for two features, both connected with the Nevill family. The first is the cast-iron trapdoor the their burial vault in the chancel, resplendent with highly coloured bulls (the family emblem) and the family motto. The second is the font cover, carved by daughters of the family in the nineteenth century. Each section is initialled on the inside so that you can see who carved it. West tower, south aisle, nave, north aisle, chancel.