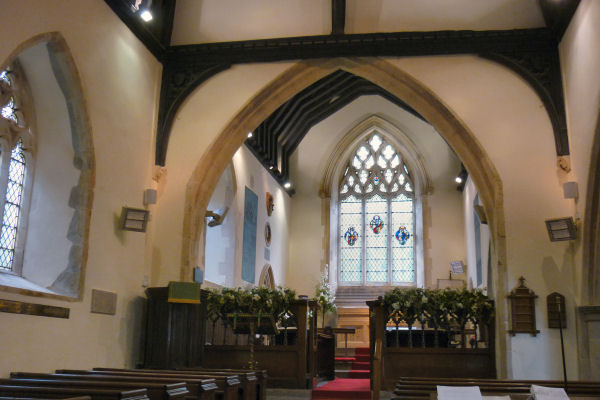 It is worth persevering to get into this church which is regularly open on set days in the summer. The setting is delightful - in a small farming hamlet with trimmed verges and distant views. The church was heavily handled by the late 1840s restorer (Apsley of Ashford) - but this date alone is very early for this type of work, and shows that the person responsible had a good knowledge of the work of the Camden Society and its principals. The chancel screen is particularly elaborate - it was this part of the building that received most attention. The chancel was extended to provide space for more elaborate ceremonial. The difference in texture of the wall is easily seen. The church also contains the remains of monuments to the Wootton family. Regrettably most of the monuments have been pulled apart or reset but enough survives to show that they were once a very grand collection. I especially like the lovely carved lions form the Countess of Chesterfield's monument. She was a Royalist rewarded by the King after the Restoration. The vestry is now floored with marble from her monument. In the nave is a memorial to Lionel Sharp, Chaplain to Elizabeth I.