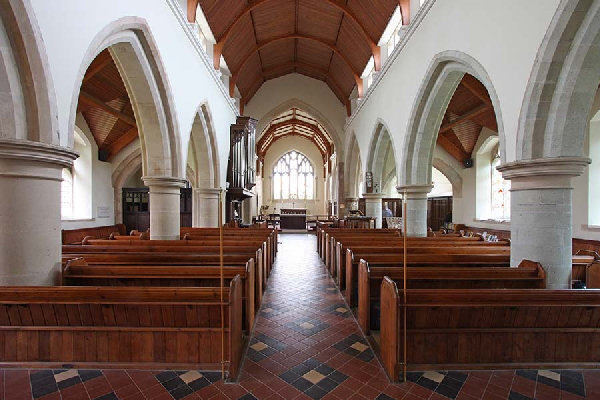 A lovely light church. The tower is thirteenth century, but the rest was a mid nineteenth century rebuilding by Alfred Waterhouse. This was gutted in a fire of 1989 but has since been rebuilt as an exceptional example of using the disaster to get a traditional church with all mod cons! A clerestory was installed so that more light than ever streams into the nave. Some of the Waterhouse-designed glass survives in the base of the tower but the rest is mid to late 20th century including work by Lawrence Lee and John Hayward. The north chapel contains some good 17th and 18th century memorials.