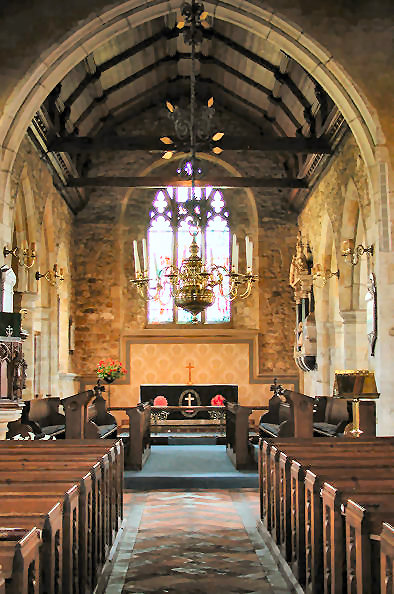 Seen from afar Goudhurst is Kent's answer to Rye - a small hilltop village over which broods the lovely church. Its west tower, dating from the seventeenth century, is rather low, but the honey-coloured sandstone is particularly beautiful here. We enter the church through the tower, and are impressed by the way in which the width and height of the nave and its aisles combine to make such a noble structure. There are two remarkably fine wooden effigies dating from the sixteenth century, carved and painted and set into a purpose-built bay window. Nearby, in the south chapel, the walls are crammed with monuments and there are three brasses, one of which is covered by a stone canopy - not particularly grand but unexpected and functional.