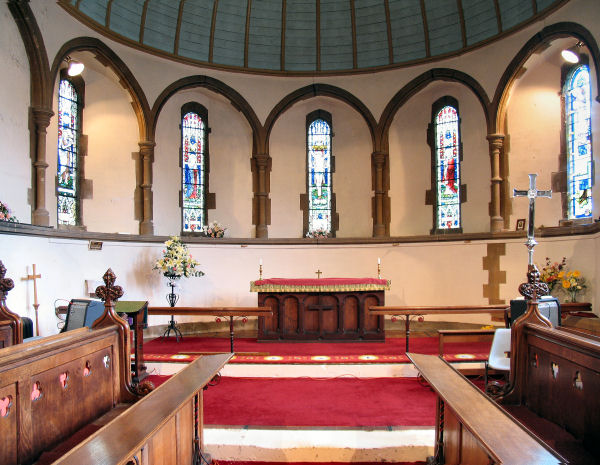 This was once the brick making capital of Kent and in the nineteenth century, in order to satisfy growth in population and to get a way from a new gasworks, the Norman church was mostly demolished and replaced by the present structure. This was designed by William Burges at a cost of £3000 and incorporates the arcade from the previous church which was moved to the present site. The main architectural feature is the west window, typical of Burges, filling the apex of the west wall and containing colourful late 20c glass by Ronald Page of God’s Creation. Another survival from the old church is a lovely fifteenth century brass of John and Mildred Eveas. The chancel arch has carvings representing the old and News Testaments (the Old is blind-folded) and a Burges Salamander clings to the string course on the north wall of the chancel. The eastern apse contains several stained glass windows, mostly early 20c century but one from the end of the century commemorating a former Vicar. This shows a huge selection of birds. The north aisle is now a meeting room, separated from the church by a glazed screen.