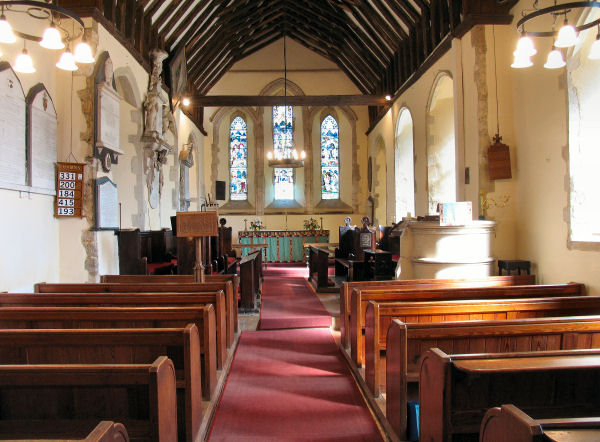 The nave and chancel of this isolated church are of equal length, providing a most unusual aspect when viewed from the east end, with their lovely roof timbers exposed. The church is rather dark, partly due to the close proximity of the surrounding trees and partly due to the poor quality stained glass. However, it is the monuments which are so appealing, nearly all of them to families who lived at Norton Court. The most eye-catching is to Benjamin Godfrey (d. 1704). The top of his monument was later utilised as a memorial to the Revd W. Lushington (d. 1842). This was not the first re-use of a Godfrey tomb, for in 1730 the name of Mrs Mary Godi was inscribed on an existing memorial nearby!