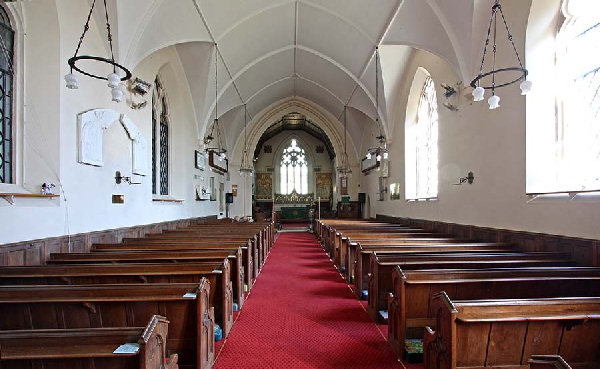 A plain 1820s preaching box, reputedly built as a thanksgiving for victory at Waterloo, this was enlarged by the addition of a chancel by Sir Thomas Jackson. The ribbed ceiling of the 1820s box is unmistakable, and a few of the original benches survive. The chancel was once a glorious affair with Gambier Parry reredos and his own type of stencilled walls – on oilcloth – but regrettably most of these have now been removed. The east window was also designed by Parry and is rather fine. Dotted around the walls are plaster models that must once have formed a larger object – but just how it all worked is beyond comprehension!