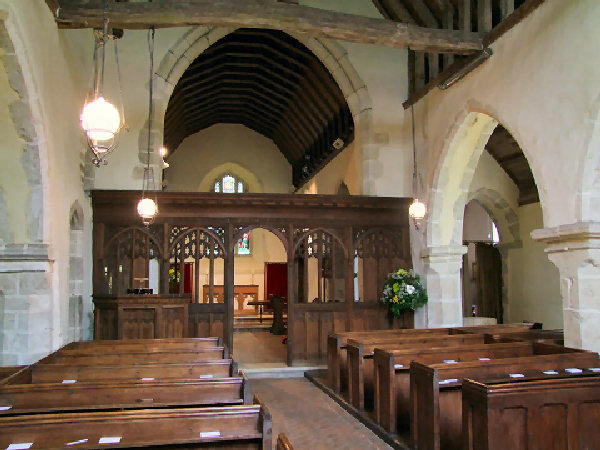 Hidden down narrow lanes this surprising church offers much to the churchcrawler. Norman in origin but thirteenth century in form, the piers of both arcades have surprisingly detailed capitals. The rood screen still divides nave and chancel, though the coving and much of the rest is replacement. Its upper and lower doorways survive, the lower one having its original medieval hinges. The font is thirteenth century but at some time has had new piers – old photos show it with a solid base. The north tower dates from the 20th century and was designed by Bensted of Maidstone – a gothic fantasy if ever there was one compared to the plain structure it enhanced. A ledger slab in the chancel commemorates a senior lawyer at the New Inns of Court and describes him as ` ancient ` - not in age but in seniority!