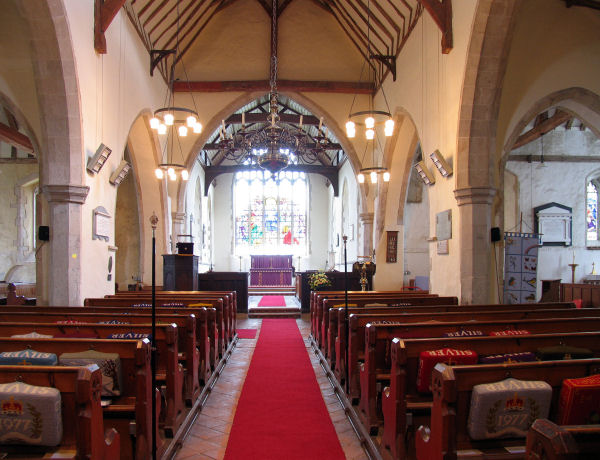 An enormous building in an isolated position overlooking farmland. The church is entered under a tower built in the fourteenth century, which completed a westward rebuilding of a thirteenth-century church that boasted very large transepts. The Victorian east window (for which there is a design hanging on the wall) was destroyed in the Second World War and replaced by the present glass to the designs of Hugh Easton. In the north transept are some fragments of fifteenth-century glass. The pulpit is Jacobean. In the south transept are some excellent brasses including one to John Frogenhall (d. 1444), showing him wearing the SS-pattern collar of the Lancastrian cause.