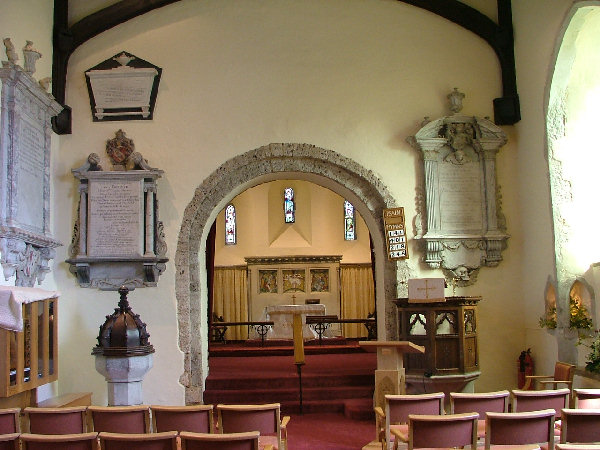 In a charming position on the south slope of the narrow Medway Valley, this church is a very early Norman survivor. The east window is made up of a set of three single lights, the central one being original Norman work, the other two having Early English lancets which replaced the Norman openings. The amazing chancel arch is constructed entirely of tufa, and is one of the best tufa constructions to be seen in south-east England. To the south is a thirteenth-century piscina that served a side altar. There is a large Royal Arms of George III on the west wall.